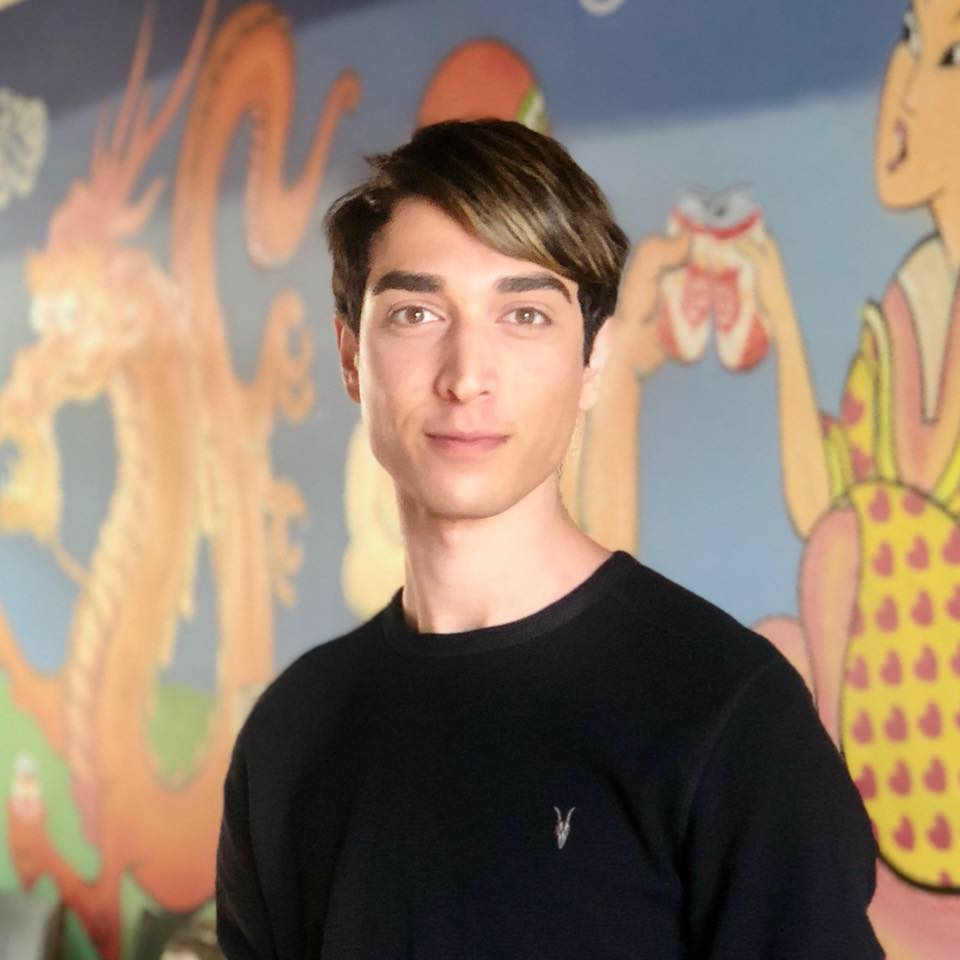 Plutio started out of frustration trying to grow a design business, closing the soft launch with $250,000 in sales within a week in November, 2017.

👋🏻 Hey there, I'm Leo, founder of Plutio. The story starts when I was 15 years old and wanted a dog but my parents wouldn't let me have one, so I rebelled...

Often after school, I ended up in a pet store near us where I helped feed the animals.

One day I decided to try and do more, I had a vision of helping homeless animals. I started by building a website for pet owners where they could connect with veterinarians for medical advice. The website later had more features such as; pet of the day, tips and an image gallery.

Building the website wasn’t too tricky as I used a drag and drop website builder called Wix.com allowing me to create a great looking site without the need to code, especially that I didn't have the resources to learn to code.

Around then Wix launched a designers directory and I was one of the very first to join. Not long after I completed my very first paid project which was for an internal team at Dubai International Airport.

After spending some time playing around and building a couple of different websites I was sure I could do it for a living. Before I knew it, I’ve taken on a few more projects and was running my own design business called Loai Design Studio.

During college, I tried to branch out into passive income by offering hosting, email and other retainer-based services. But I was pulled back by the overwhelming amount of admin work involved, especially that the majority of productivity and management apps were designed for teams and enterprises - I simply couldn’t find anything focused around our needs as freelancers.

That’s when I decided to build Plutio - with a mission to support and become the right hand of the underserved community of freelancers and small businesses all over the world.

That said, I didn’t know how to code which meant I couldn't get started by building the software. Instead, I leveraged the design skills I already had from building websites and used it to build prototypes.

Although building the prototypes helped concretize my abstract ideas, I couldn’t take them any further as my lack of programming pulled me back from turning them into a functional product.

That’s when I pushed myself to learn how to code starting with the basic languages such as HTML and CSS which helped me turn my vision into semi-functional prototypes.

Being stuck at the stage where I couldn't develop my prototypes into an actual product was extremely frustrating and made me desperately seek investors attention. The meeting I vividly remember was with Mark Pearson from Fuel Ventures.

We had our meeting in a close-by Nando’s where I presented my prototypes and vision. Despite Mark’s appreciation of my work, our meeting was wrapped with a “you’re in a very early stage for us but let's stay in touch”.

That was my first and last attempt to raise investment. Not because I was rejected but because I learnt that raising capital at such an early stage meant;

Instead of going the investor route which I knew I wouldn't enjoy, I challenged myself to bootstrap Plutio without any backing. That said, I knew I couldn’t do everything myself especially as learning backend programming would have taken me a long time and risking the project to be significantly delayed.

So my next step was to find a co-founder who complements my skill set.

Having a business is like having a child, and finding a co-founder is like looking for a partner to help you raise that child and send them off into the world. It has to be someone you know and trust and can rely on for better, for worse, for richer, for poorer, in sickness and in health…you know the drill...

I’ve given myself a month to find a co-founder but unfortunately, my circumstance at the time didn’t play to my favour.

As unfortunate as it sounds I learnt a very essential lesson;

We as humans prefer to be surrounded by people similar to ourselves. Not that there's anything wrong with that. However, if you’re running a business you should surround yourself with people that can complement your skills and experiences.

As I couldn’t find a co-founder I decided to use my savings to hire a local team and develop a minimum viable product, also known as an MVP.

Unfortunately, not long after the project started I realised that the team didn't truly believe in me and my vision. Long story short, things didn’t go to plan and I had to get my money back through the courts.

To build a successful business you first need to build a team that believes in you and the business. - that was a lesson learnt the hard way.

Those failures demotivated me but also fuelled me to keep going and find the next possible way to make things work, and so I did! - I’ve decided to start Plutio as a side project funded by my first business until it is mature enough for me to fully focus and rely on it.

Instead of dropping everything and focusing fully on a business at an idea stage that may work or may not, I continued my freelance work as a designer and used the income to hire a developer to work with me.

Before I knew it I was finally blessed with Dovydas Kukalis, a passionate, ambitious and skilled programmer.

Progress was going well but at a very slow phase as I was only able to afford so much… That’s when I tried to find a part-time job.

So alongside working on my design studio and letting one of my spare rooms on Airbnb, I was lucky to have joined Paddle as a designer on part-time basis.

Everyone at Paddle knew what I was working on and they were incredibly supportive. They believed in me and always took an interest in helping as much as they possibly could.

The new source of income has helped double the speed of development and reaching our goals much faster, however, I consistently felt overworked and exhausted;

I knew a change to my lifestyle was needed especially as the business is practically me and if I’m crumpling the business will too, but I also couldn't just stop working as that would have slowed us down, pushing us a step backwards instead of forward.

Through my new network, I was introduced to the team behind AppSumo, and few weeks after we signed a deal which helped us reach over 5000 early users and hit over $250,000 in sales in a week. This hasn’t only validated Plutio but also helped us maintain our progress phase without the “exhaustion” part as I didn’t have to do all the other three jobs anymore.

The launch has resulted in a huge spike in traffic which was amazing but has overwhelmed us with the amount of unforeseen support we had to provide.

Hundreds of messages a day and only one person to respond.

We really struggled and had already thought of bringing someone new to help but that would've made things worse because;

Due to the slow response time many users took their questions to our freshly opened community group on Facebook and fellow Plutiopions (Plutio users) jumped in and helped.

We then realised that the Plutio community is the perfect way to help tackle the overwhelming spike in support requests. So we started funnelling everyone to the community group by adding links to our onboarding emails and social media channels.

The community soon become a safe environment for everyone at Plutio to connect, exchange ideas and most importantly share their feedback. The community hasn’t only allowed us to stay connected to our amazing customers but also helped better shape and grow Plutio.

We become profitable in our first year thanks to the introduction of add-ons, here's how;

We offer 3 subscription plans starting from $15/month with the addition of optional add-ons such as white-label for $9/month.

Our plans were rolled out in May 2018 and we started charging for Plutio using Stripe as our payment processor, closing our first month with $400 in MRR which has doubled to $800 by June.

Stripe is great at processing payments but not so good at providing detailed analytics, which is why we chosen to integrate with Profitwell for deep analytics and an overview into the health of our business. Profitwell helped us visualise how implanting new features can dramatically affect our growth.

Around the start of July, we introduced White-label as an add-on at $5/month which added $2300 to our monthly recurring revenue by the end of that month.

The combination of improvements to our user experience and journey as well the consistent introduction of new requested features has helped us reduce our churn from ~13% to ~9%.

One of the reasons we were able to convince so many to subscribe was to having leveraged the powerful influence of social proof in our marketing efforts.

If there is anything we’ve learnt from the past few months is that we tend to follow the crowd and are heavily influenced by the people around us.

When there is a way for a new visitor exploring our website to relate with an existing customer through reviews, for example, the chances of them creating an account are dramatically increased.

What are your goals for the future?

Our vision is beyond just offering the tools in an all-in-one intuitive platform.

We envision Plutio as the right hand of every freelancer all around the world, providing everything from the right tools to insurance to co-living spaces and more.